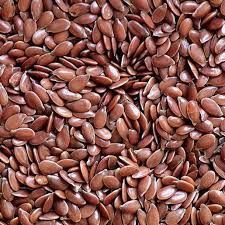 Buoyed by decent crop size and relative high price, both Russia and Kazakhstan are motivated sellers.  Offshore industrial demand is somewhat more fragile due to economic malaise in China and Europe.  Consumers are pulling back on discretionary choices.

However the numbers are carved out, Canada needs about 200,000t of demand from China and/or Europe.  A version of it will eventually happen, but won’t today if domestic flax prices stay north of $20/bu.  As at Sept 9-22, if Canada had to sell to Europe, competitive price is about C $16.50/bu delivered elevator, making existing price structure exclusively domestic.  Please contact me for more info.

With an early price rocket-ship north of $40/bu, Canada flax looks to have properly done, whose occurrence was soon enough, to choke offshore outflow that ensures outlets with highest propensity to pay (domestic) has enough supply.  Island of high price.

The North American flax supply/demand would argue for 350,000t of core-must-have supply.  That would leave about 150,000t for Europe, China and others.  It is doubtful that offshore commitments exceed 50-100,000t creating a risk that sustenance of $45/bu chokes demand more than needed later year, particularly if Russian and Kazakhstan supply offers offshore buyers a cheaper choice.  There is no evidence that Former Soviet Union pricing needs to soar higher to compete with Canadian levels. Domestic pet food interest has been strong.  Cannot attribute it to a huge volume demand shift, rather timing associated with pent up trading demand.  Flax has to stay high priced, but risk reward favors being sales overweight.